Skip to main content Skip to accessibility
This website is not compatible with your web browser. You should install a newer browser. If you live in Jersey and need help upgrading call the States of Jersey web team on 440099.
Official Government of Jersey Blog > Ports of Jersey > Jersey Airport > Half Term Holiday Fog

It has been a torrid time for travellers this half term. On the sea it was gales at the start of the holiday as well as further cancellations beyond the control of the weather. Sunday was the day of the fog. Jersey Met had fog in the forecast. Very moist warm air was drifting up the Channel behind a warm front, and with the wind expected to be in the south for most of the day, the forecasts for aviation said thin fog in Jersey  would allow flights to land until about 6pm. At about this time the warm front would arrive, introducing the warmer-moist air. The wind was expected to swing to the west and the thick fog would roll in.

This looked like a very good forecast at first. Winds of 16 knots (Force 4) from the south south east, drove the air through the bays and valleys and over the cliffs around buildings and through the trees, which all helped to filter out cloud droplets and thin the fog as expected. However as the front approached, the wind –  still from the south – reduced in strength to 9 knots (or a Force 3) and the fog started to thicken.

Then 5 knots (Force 2) and the turbulence, caused by the stronger wind, became less effective at sweeping cloud droplets out of the air, so the fog thickened, even though the warm air still lay to the west. The warm front, marked by a rise in temperature and the swing of the wind to the west, passed Guernsey just after midday, but didn’t reach Jersey until 10pm. So now with hindsight, I look at the charts and wonder if the forecaster should have spotted the thicker fog occurring? I wonder if I was the forecaster, would have I done a better job? The answer is no! 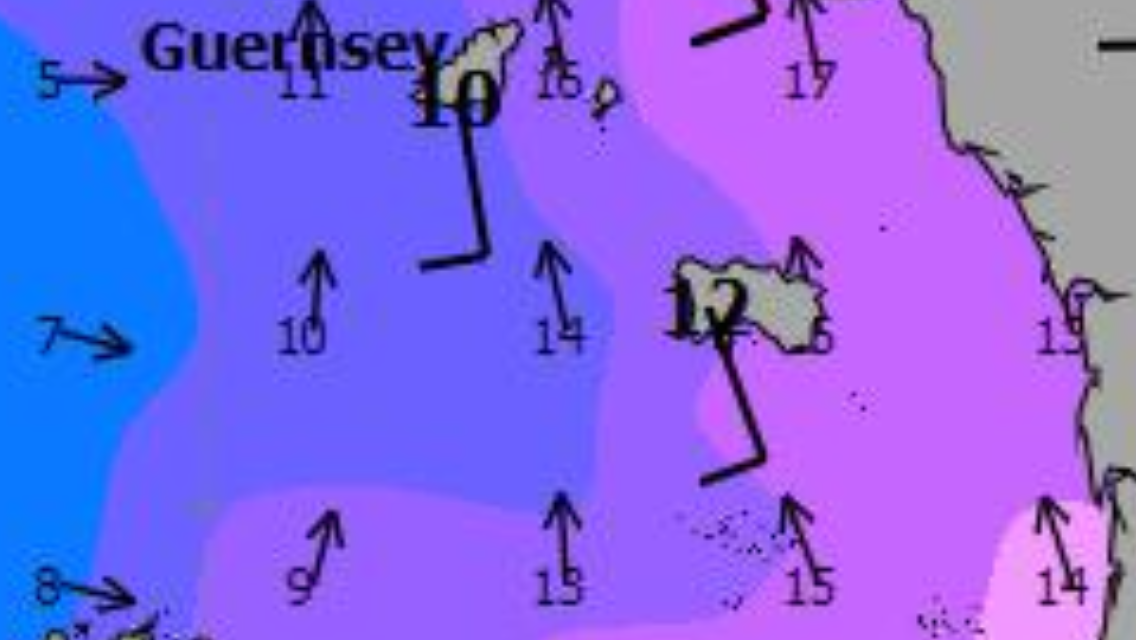 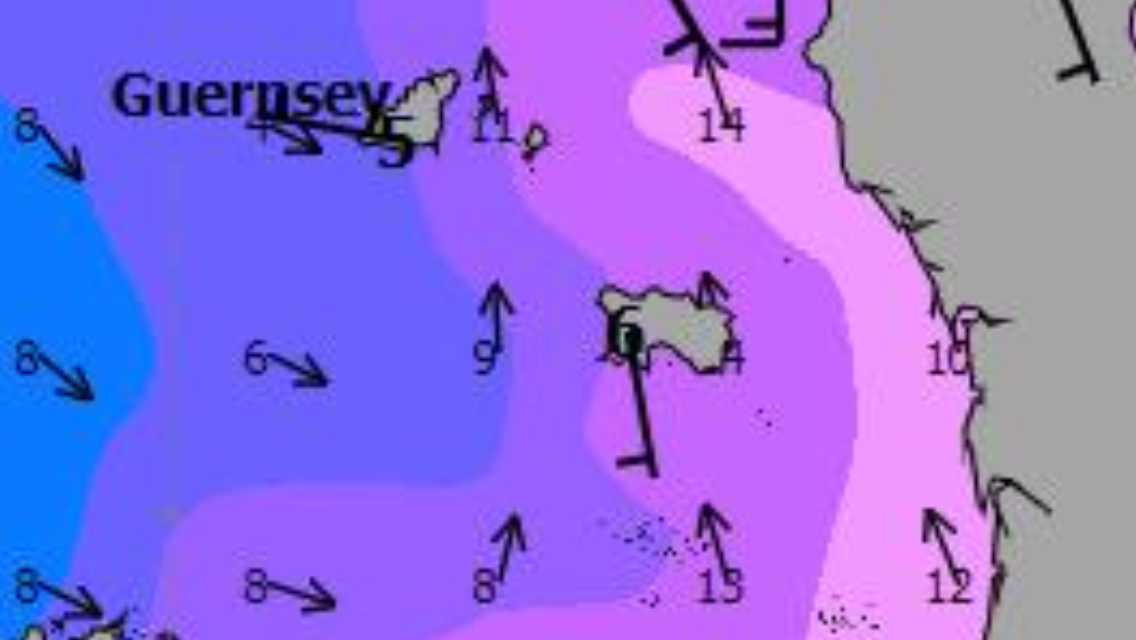 You can see from the charts, which includes model data and the real wind at Jersey and Guernsey airports that the computer model didn’t correctly model the wind reduction. South of Jersey the model data had 15 knots, when the wind had already dropped to 6 knots at Jersey Airport. This was the critical information which misled the forecaster.

Fog remains one of the hardest things to get right. As forecasters, we know that when there’s fog, it doesn’t matter how hard we try, or however much experience we have, we’ll never get it right every time. But we’re all too aware how much disruption, anxiety and cost it can cause and I can assure you that we always put in 100% of effort trying.

My thanks to those of you who responded to my previous blog, and provided some insight to what people think of our service. Within the constraints of finances and staff, we’ll endeavour to look as some of the ideas you’ve suggested and respond positively.