Skip to main content Skip to accessibility
This website is not compatible with your web browser. You should install a newer browser. If you live in Jersey and need help upgrading call the States of Jersey web team on 440099.
Official Government of Jersey Blog > Brexit > Budget 2017 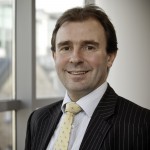 Budget 2017 maintains our established principle that taxes should be low, broad, simple and fair. It proposes no fundamental change to our system of taxes, duties and charges, it encourages investment, growth and creates significant job opportunities, particularly for our young people.

Some people have expressed concern that the tax burden is falling disproportionately on “middle Jersey” however tax data clearly shows that the top 10% of taxpayers provide half the personal taxes collected each year to fund services for islanders.

We have to strike a balance between fostering the economy, and so creating economic growth and jobs, while also collecting the revenue we need to pay for our public services. In seeking this balance we have made sure that those on the lowest incomes pay no tax at all.

Of those that do pay tax, the 85% on Marginal Relief are mostly paying effective rates of between 7% and 15%.

Around 15% of our taxpaying households pay the standard rate of 20%.

The top 10% pay more than half the personal taxes that fund public services for everyone.

Our tax allowances mean that – in 2014 the 40% of lowest-earning households contributed 3% of the £354 million of personal income tax raised to fund Jersey’s public services.

Figures show that tax changes since 2005 have benefited lower-income households and increased the tax paid by higher earners.

We know, though, that our statistics can be confusing. The Council of Ministers has agreed to commission a Review of Personal Income Tax data to provide more information that we hope will help explain how tax changes since 2007 have affected Islanders.

Budget 2017 asks all companies taxed at 0% to provide more information to the Comptroller of Taxes. This information will inform any debate on international tax standards.

This budget also increases the income people can earn before they pay any income tax and helps working parents with the cost of child care.

It proposes higher stamp duty for high value properties and it increases duty on tobacco, alcohol and vehicle emissions, which damage our health and environment and put pressure on public spending.

There are around 500 Hospital admissions each year wholly attributable to alcohol. One in five of all crimes involves alcohol.

Not only does this mean personal cost to the individual – it also means a significant financial cost for our community. This cost far exceeds the duty we charge. Based on UK figures the annual cost of alcohol related harm to Jersey is estimated to be £30 million. The duty in 2015 for alcohol was £17.2 million – that leaves a £12.8 million shortfall which has to be found from general tax revenue.

Likewise tobacco. The cost of dealing with the effects of smoking far exceeds the duty charged. Based on a UK per capita cost of smoking – the annual cost of smoking to Jersey is estimated at £26.5 million. The duty in 2013 for tobacco was £15 million – leaving an 11.5 million shortfall for us to make up.

The economic burden that smoking places on our island society is huge. It includes the direct costs of smoking related illness, lost productivity and the cost of smoking related fires. Smoking remains the biggest cause of preventable illness and premature death – with tobacco killing around half of its users.

Price increases have been shown to encourage existing smokers to quit, more so amongst lower income smokers, as well as discouraging young people from ever starting.

Guernsey’s budget shows that both islands are facing similar challenges. Their States have increased the duty on tobacco, alcohol and fuel. They also recognise the need to provide extra funding for health and social care and for infrastructure. The public sector in Guernsey will be looking for savings of 3% in 2017, followed by 5% in both 2018 and 2019

In Jersey we have already started this process. Since November 2011, through the Comprehensive Spending Review, successive budgets and public sector reform – £85 million has been taken out of department budgets. £39 million of that was permanently removed from budgets in 2016.

In 2015 we saw a net reduction of 165 full time posts. 114 people have left the organisation through voluntary redundancy since the scheme opened in 2015. Every department is doing its bit for Jersey by reprioritising, finding efficiencies, making sure our organisation is working as well as it can for our long term future.

As we enter a period of increased uncertainty as a result of the UK’s decision to leave the EU our economy is performing well. While Brexit will bring challenges it also brings opportunities. Jersey has been trading with Europe from outside the EU for many years. This will be new to the United Kingdom and we have offered to share our experience with the new department that is dealing with the UK’s exit from the EU.

Budget 2017 is part of an agreed three year plan that draws on reserves to support the economy in the short term and balance budgets in the medium term. We are planning to use more than £100 million from our strategic reserve to invest in essential infrastructure, like the new Les Quennevais School, and to boost the economy while it is still recovering.

Jersey has little debt, significant reserves and assets of nearly £6 billion. We have a firm financial plan and a proven track record of fiscal discipline and remaining nimble in the face of rapid change. We will continue to draw on the expert independent economic advice as the local and global outlook changes and we will ensure we maintain enough flexibility in our plans to respond to any changes.

Some of our decisions have been difficult – but they are all focused on keeping Jersey a great place to live and work.